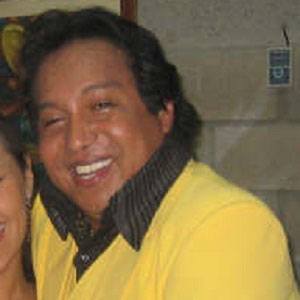 Famous for his work in the Colombian vallenato folk music genre, he received a 2010 Latin Grammy Award for his album Listo Pa' la Foto and was nominated for the same honor for his recordings Celebremos Juntos (2009), Con Mucho Gusto Caray (2012), and La Vida del Artista (2014).

While earning a living through his work as a gardener and radio station employee, he began his rise to fame by recording the track "La Negra and Cantor Campesino" with members of a vallenato music group.

In 2002, he was convicted of homicido culposo (voluntary manslaughter) in the death of his female friend Doris Adriana Nino during a 1997 party at his home.

The son of Elvira Maestre and Rafael Maria Diaz and the nephew of local musician Martin Elias, he was raised in poverty on a farm near La Junta, La Guajira, Colombia. His son Martín Elías Díaz also became a singer.

He was a contemporary of fellow Colombian vallenato singer Juan Pina.

Diomedes Díaz Is A Member Of