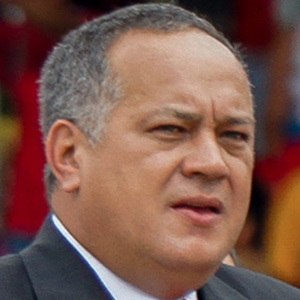 Venezuelan politician who worked his way up to become the President of the Constituent Assembly in 2018. He was also named the Vice President of the United Socialist Party of Venezuela in 2011 and was Governor of Miranda from 2004-08.

He served as the Acting President of Venezuela for two days in April 2002.

He married fellow politician Marleny Contreras. His son's name is David and his daughter's name is Daniella.

He played a key role in the administration of former president Hugo Chávez.

Diosdado Cabello Is A Member Of