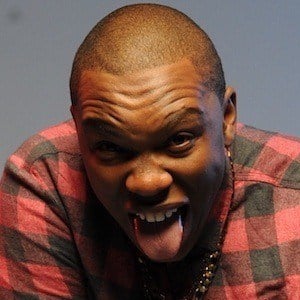 Rose to fame performing with a wide range of some of the biggest DJs in the business from DJ Fresh to DJ Milkshake. He has since released the popular singles "God's Will" and "Pasop" to iTunes.

He first began spinning in 2007, opening for other popular DJs. He then went on to have his mixes featured on a number of radio stations.

He has grown extremely popular on social media, earning upwards of 100,000 followers on just his Twitter account.

He was born in Saint Vincent and the Grenadines but later settled in South Africa.

DJ Vigilante Is A Member Of