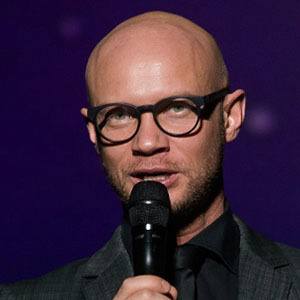 Russian actor who is best recognized for his feature film appearances as well as his recurring roles in television. He is known for having starred in the 2016 film Odnoklassnitsy, the 2018 film Pushkin Hills where he played Tolik, and Samyy Luchshiy Film 2.

He started his acting career in 2006 when he made his debut as KVN Shchik in the series Mechty Alisy. His feature film debut came in 2011 when he starred in Sluzhebnyy Roman, Nashe Vremya where he played the boss.

He is also know for having hosted the program Evening Urgant from 2013 until 2018.

He was born and raised in Leningrad, RSFSR, USSR which is now known as St. Petersburg, Russia.

He shared a photo with fellow actress Ekaterina Skulkina to his Instagram in October of 2018.

Dmitriy Khrustalyov Is A Member Of