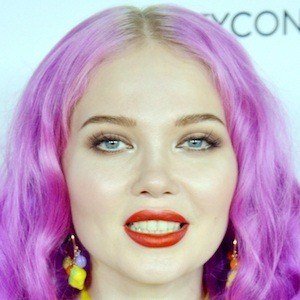 Founder and former CEO of the popular cosmetics company Lime Crime, an entity remarked for its bright and unapologetic use of color in many of its products.

In 2004, she registered the eBay account limecrime to launch her DIY fashion line. With a desire to fuse her colorful fashion with makeup, she launched Lime Crime's first line of eccentric lipsticks in 2008.

She has her own blog called the Doe Deere Blogazine: Tales of the Unicorn Queen where she posts about fashion, life, and Lime Crime.

Born in Russia, she moved to New York City at the age of seventeen. She later moved with her husband to Los Angeles, California.

YouTuber Kelly Eden has worked alongside her modeling for Lime Crime.

Doe Deere Is A Member Of