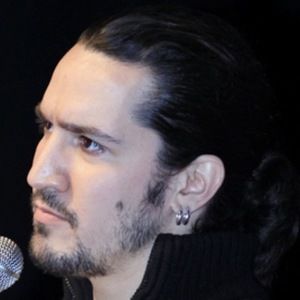 DJ, producer, and manager of communications at Manço Productions. He is known for his hit singles 'Binlik Demlik', 'Stay Calm', and 'Confrontation'. He was a contestant on Survivor Belgium twice - Celebrity Survivor in 2013, and Survivor All-Stars in 2015.

He took private piano and guitar lessons his entire life, but after his father died in 1999, he gave up music for 10 years. He played a live DJ set for the first time in 2009.

In 2017, he was a voice actor in the animation feature film Masha and the Bear.

He is the oldest son of Turkish writer, singer, composer and artist Barış Manço.

In 2014 he collaborated with Tugba Yurt on 'Stay Calm', and in August 2018 he released a song with pop singer Emre Altug titled 'Söyle Zalim Sultan'.

Dogukan Manco Is A Member Of