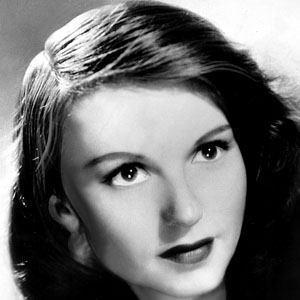 Known for her roles in such early twentieth-century American and German movies as, respectively, The Virtuous Sinner and Das häßliche Mädchen (The Ugly Girl), she also appeared in professional stage productions of Lute Song (in 1946) and Crime and Punishment (in 1947).

She grew up in Hamburg, Germany, as the daughter of an English father and a German mother. She began her career in such German films as Eine Stunde Glück and Dolly Macht Karriere.

She co-starred with Yul Brynner in the 1946 tour of the musical Lute Song.

She was a close friend of legendary director Alfred Hitchcock, who cast her in his early 1950s film, I Confess.

Dolly Haas Is A Member Of