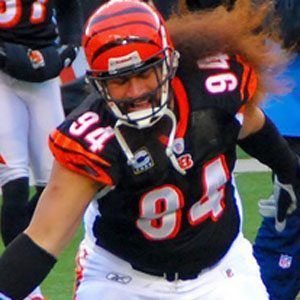 Defensive tackle who was selected in the fourth round of the 2006 NFL Draft by the Cincinnati Bengals.

He was born in Los Angeles but grew up in American Samoa.

He played college football for Michigan State University and became known for returning a fumble for a touchdown against the University of Michigan, MSU's archrival.

His brother Tupe Peko also played in the NFL.

He was joined by wide receiver Andrew Hawkins on the Bengals in 2011.

Domata Peko Is A Member Of