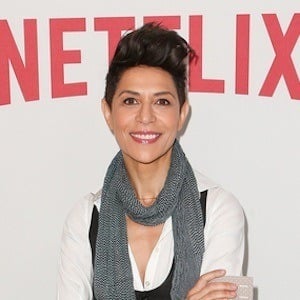 Chef who appeared on The Next Iron Chef and has become renowned as the founder of the award-winning San Francisco restaurant Atelier Crenn. She was named the best female chef of 2016 at the The World's 50 Best Restaurants awards.

She was adopted at 18 months old and raised in Versailles, France. She has since lived in Indonesia and the United States.

She became the first female executive chef in Indonesia's history while working at the Intercontinental Hotel in Jakarta.

She is the daughter of Allain and Louise Crenn. She credits her mother with sparking her love of cuisine. She became engaged to actress Maria Bello in 2019.

She has catered private events for celebrities like Sharon Stone.

Dominique Crenn Is A Member Of