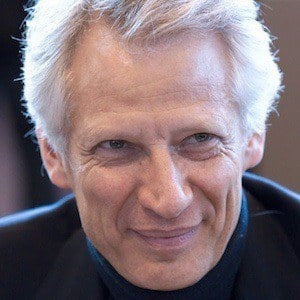 Politician and diplomat who is best known for his time as the Prime Minister of France. He served from May 31, 2005 through May 17, 2007 as a member of the Union Popular Movement party.

In 1971, he graduated from the Lycée Français de New York. He went on to attend the École nationale d'administration (ENA), where most of France's top civil servants are educated.

He became well known in the early 2000s for having led a coalition of nations in opposing the US' plan to invade Iraq. His speech to the UN on this issue earned a standing ovation from its members.

He was born in Rabat, Morocco, and spent four years living in Venezuela as a child.

He was appointed Nicolas Sarkozy's Interior Minister in 2004.

Dominique de Villepin Is A Member Of