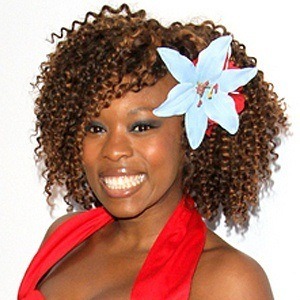 Best known as Chanel O'Grady in the IVT2 drama Footballers' Wives: Extra Time. She has also been seen in recurring roles in The Queen's Nose, UGetMe, and Hotel Trubble.

Before beginning her acting career, she worked as a model in Paris and competed as a professional ice skater. She was also seen in the documentary Paddington Green about auditions for the Sylvia Young Theatre School.

Outside her screen roles, she has starred in numerous West End productions like The Lion King, Annie, and Whistle Down the Wind.

During filming for Hotel Trubble, she was diagnosed with Hodgkin's Lymphoma. Then, in 2011, she was featured in an episode of Newsround, "Living with Cancer."

In 2013, she appeared in the film The Physician alongside Tom Payne and Stellan Skarsgard.

Dominique Moore Is A Member Of