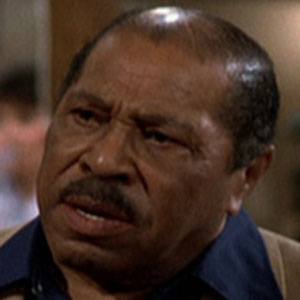 Comedian and actor who played the role of Bubba Bexley in a 1970s comedy series called Sanford and Son. He also appeared in a 1976 Warner Brothers film called Sparkle.

He started his career by performing standup comedy acts on the segregated Chitlin' Circuit.

He was a frequent collaborator and close friend of fellow African-American comedian Redd Foxx.

He grew up in eastern Virginia and returned to his home state after ending his performing career in the 1990s.

He co-starred with Lawanda Page in the sitcom Sanford and Son.

Don Bexley Is A Member Of