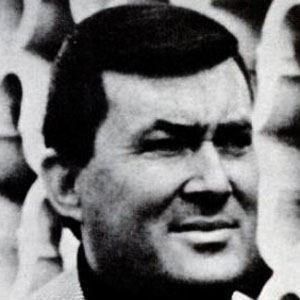 Country Music Hall of Fame inductee who wrote the standards "Sweet Dreams" and "I Can't Stop Loving You."

Beginning his recording career in 1948 with a band called Sons of the Soil, he began making music in earnest after moving to Nashville in 1957.

His song "Sweet Dreams" crossed over to the mainstream, entering the Billboard Hot 100 charts and "I Can't Stop Loving You" went all the way to #1 on the Hot 100.

He was born in Shelby, North Carolina to a working-class family and dropped out of school in the second grade to take on work for the family.

He had a series of popular duets with singer Dottie West, including the #2 country hit, "Rings of Gold," which was released in 1969.

Don Gibson Is A Member Of