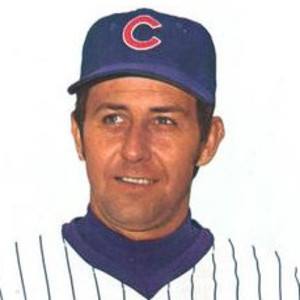 Chicago baseball legend who spent the majority of his career as a shortstop for the Cubs and White Sox. He appeared in six All-Star Games, including five straight from 1968 to 1972, and won two straight Golden Glove awards in 1969 and 1970.

He was an All-American in both baseball and basketball at the University of Mississippi. He was signed by the Cubs as an amateur free agent in 1964.

Following his playing career, he became the head baseball coach at the University of Mississippi, where he led the Rebels to a school record for wins in 1995.

He married fellow Forrest City native Carolyn Crawley in 1965. His sons Kevin and Keith Kessinger were both drafted by MLB teams.

He played under Hall of Fame manager Leo Durocher during his years with the Cubs.

Don Kessinger Is A Member Of