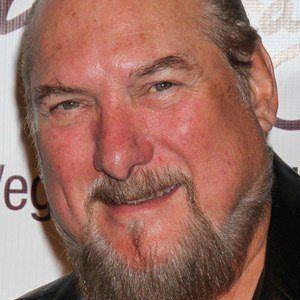 Best known as guitarist for the R&B band Booker T. and the M.G.'s.

He obtained his first guitar when he was 14 years old.

He was named one of the 100 Greatest Guitarists of All Time by Rolling Stone magazine.

He married second wife Angel in the late 1980s. The couple had two children, Andrea and Cameron, together.

He and John Prine were both inducted into the Nashville Songwriters Hall of Fame.

Steve Cropper Is A Member Of