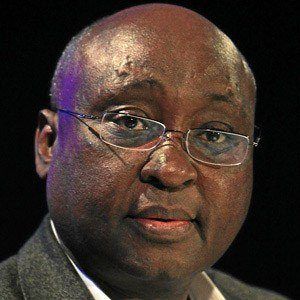 Before taking office in 2005 as the seventh President of the African Development Bank, this prominent Rwandan economist had served as his country's Minister of Finance and Economic Planning.

The Washington, D.C.-based Center for Global Development reviewed the African Development Bank in 2006 and suggested that several financial and management reforms be instituted by Kaberuka.

A fluent speaker of Swahili, French, and English, he was born and raised in the northern Rwandan city of Byumba.

He and his contemporary, Liberian Minister of Finance Antoinette Sayeh, both had prominent careers as African economists.

Donald Kaberuka Is A Member Of