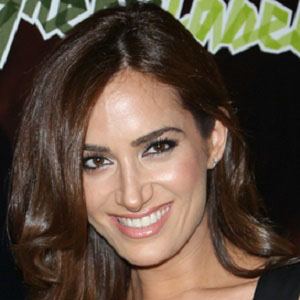 Model and actress best known for her work in Don't Mess with the Zohan and Maxim magazine.

She was discovered while working on getting a merchandising degree at the Fashion Institute of Design and Merchandising(FIDM).

She appeared in the Justin Timberlake music video for the song 'Senorita' in 2003.

Her Israeli parents are descendants from Russia and Poland.

She starred in the music video for the song "Tired of Being Sorry" by Enrique Iglesias.

Donna Feldman Is A Member Of