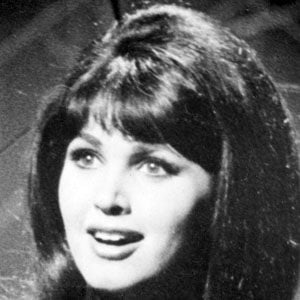 Known best for performing on the 1960s ABC variety program Shindig! and for serving as the spokesperson for the Dr. Pepper soda brand, this American singer, songwriter, and television personality also appeared in the popular Beach Party series of movies.

When she was ten years old, she performed several musical numbers on an episode of The Mickey Mouse Club.

After establishing a record label called Swinging Sixties Productions, she wrote numerous popular songs, including "Could This Be Magic," "Sedona," and "Simply Loving You."

Her two-decade marriage to music producer Lenny Waronker produced three children before ending in 1986. In the 1990s, she settled in Hawaii with her second husband (and former prom date), musician Jered Cargman.

In the mid-1960s, she and Bobby Rydell appeared together on The Milton Berle Show.

Donna Loren Is A Member Of