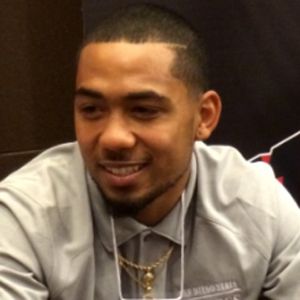 5'8" running back who defied his size to become the all-time leader in rushing yards in NCAA Division I FBS history at San Diego State University. He was drafted in the 4th round by the Philadelphia Eagles in 2017 NFL Draft.

He was named the Gatorade High School Football Player of the Year for Nevada in his senior year at Canyon Springs High School after he rushed for 1,491 yards and 19 touchdowns.

His all-time rushing record is questioned by some as he broke record in the 2016 Las Vegas Bowl. Prior to 2002, career statistics were not included as part of bowl games.

He became a father to a daughter named Maliya when he was just a senior in high school. He and his brother Tyree were born to parents Regina Padua and Donnell Pumphrey Sr.

When drafted, he joined an Eagles backfield that included fellow undersized running back Darren Sproles.

Donnel Pumphrey Is A Member Of