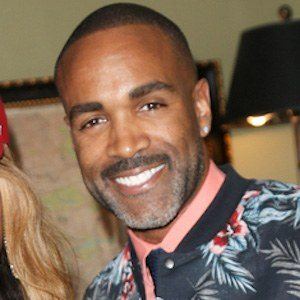 Soap actor renowned for giving life to Curtis Gooden on the long-running ABC series General Hospital. He is also recognizable for playing doctors on the CBS soap The Young and the Restless and the NBC series Days of Our Lives.

During college he minored in theater and played basketball. Thereafter he pursued a semi-pro basketball career before turning his sights to acting.

In 2012, he appeared as Officer James in consecutive episodes of the sitcom 2 Broke Girls.

Though he was born in Tacoma, Washington, he moved to Chicago, Illinois with his family before he could walk. Then, at the age of ten, his family relocated to Northern California.

Donnell Turner Is A Member Of