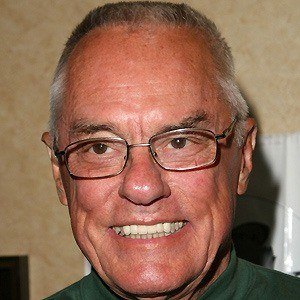 Former child actor who provided the voice of Young Bambi in the 1942 Disney classic Bambi. He also appeared in the 1939 films Tower of London and Son of Frankenstein.

He was raised in a poor neighborhood of Memphis, Tennessee, and won a talent contest when he was three years old.

He enlisted in the Marine Corps when he was 18 years old and became a drill sergeant. He served three tours in Vietnam, earning three Bronze Stars and three Purple Hearts.

He was born in San Antonio, Texas but he and his family soon moved to Tennessee.

He played Peter von Frankenstein in the 1939 film Son of Frankenstein, which starred Boris Karloff.

Donnie Dunagan Is A Member Of