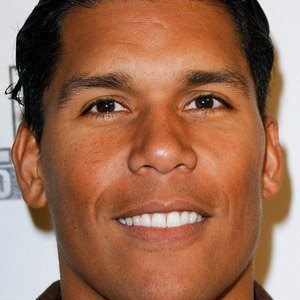 Former NFL football linebacker who played for the Kansas City Chiefs and San Diego Chargers. He was selected to his only Pro Bowl game with the Chargers in 2002.

He played football at UCLA and was a member of the Alpha Rho chapter of the Zeta Beta Tau fraternity.

He retired with exactly 1,000 career tackles and 28 interceptions.

He married Kathryn Eickstaedt in 2001.

He was teammates with quarterback Philip Rivers on the Chargers.

Donnie Edwards Is A Member Of