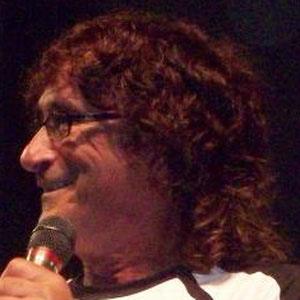 Rock musician known for his hit single "Ah! Leah!" and for performing with many bands, including Wild Cherry on "Play That Funky Music," the No. 1 hit from 1976.

He started playing the drums and guitar when he was twelve years old. He founded doo-wop group the Fabutons while he was in high school.

He was a member of The Jaggerz for several years and released three albums with the group.

He grew up in Ellwood City, Pennsylvania. His mother Carrie Ierace had been a singer in Curly Venezie's orchestra and taught young Donnie the principles of vocal technique.

He was inspired by many different artists, including Elvis Presley, Buddy Holly, the Beatles, the Rolling Stones, Marvin Gaye, and Ray Charles.

Donnie Iris Is A Member Of