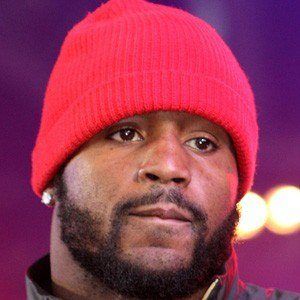 NFL safety who was selected eighth overall in the first round of the 2006 NFL Draft by the Buffalo Bills, coming out of Ohio State. He played for the San Francisco 49ers from 2011 to 2013 and signed with the Cleveland Browns in 2014.

He played in the U.S. Army All-American Bowl game following his senior year at Glenville High School in Cleveland, Ohio.

He grew up in Cleveland with older brother and Pittsburgh Steelers linebacker Lindsey Witten. He has two children named D'aira and Donte Jr.

His first career interception was against Tom Brady, but the resulting touchdown was overruled, because he was out-of-bounds.

Donte Whitner Is A Member Of