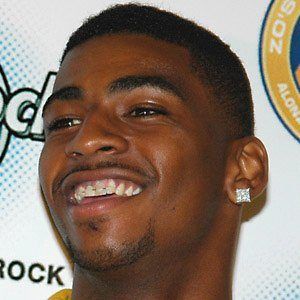 NBA small forward known for his 3-point shooting; spent his first 6 seasons with the Miami Heat before playing with the Golden State Warriors, Philadelphia 76ers and Portland Trail Blazers.

He initially committed to DePaul to play college basketball but instead decided to go straight from Connecticut's South Kent High School to the NBA.

He lead the NBA in three pointers made in 2011, as a member of the Warriors.

He was born to Ray and Stacy Wright. His brother is NBA point guard .

From 2004 to 2010 he played on the Miami Heat alongside star guard Dwyane Wade.

Dorell Wright Is A Member Of