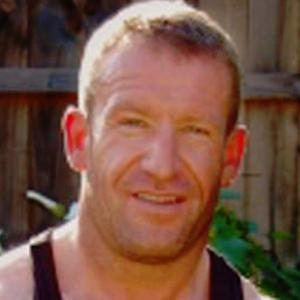 Six-time Mr. Olympia who won all of his titles during a run of dominance between 1992 and 1997. Since retiring after his final win, he's worked supplement nutrition companies and expanded his ownership of Temple Gym.

After growing up in rural Staffordshire, he moved to Birmingham, where he ultimately spent time in a youth detention center. He started lifting in his early 20s.

During his career, he largely stayed out of the public eye before showing up at competitions, earning himself the nickname The Shadow. He released an autobiography in 1993.

He has a son named Lewis with fellow fitness competitor Gal Yates.

At the time of his retirement, he trailed only Ronnie Coleman, Lee Haney, and Arnold Schwarzenegger in all-time Mr. Olympia wins.

Dorian Yates Is A Member Of