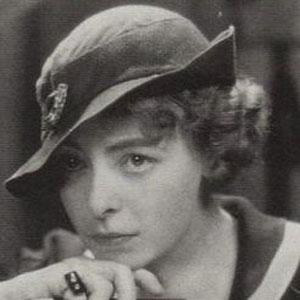 Actress and screenwriter who is best remembered for writing screenplays like 1934's The Road to Ruin and 1935's Women Must Dress.

She started out on Broadway, working steadily until she achieved her big break in film.

While she worked at Universal, she was considered a horsewoman of distinction, often performing her own stunts in her work.

She married her husband Wallace Reid.

Like television actress Frances Sternhagen, she appeared on Broadway before crossing over into mainstream film and television.

Dorothy Davenport Is A Member Of