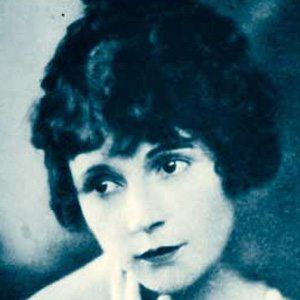 Silent film era actress who became popular in Universal Pictures comedies and achieved fame for her work in two-reel comedies.

After a year in a musical comedy, she was signed to Universal, where she starred in Lyons and Moran comedies. She turned down further feature offers to work for director Al Christie.

In contrast to many actors who used short two-reel comedies as a stepping stone on the way to Hollywood pictures, she willingly left Universal Studios.

She married Albert Wylie Mather, a theater owner, in 1926.

In 1923, She was chosen as a WAMPAS Baby Star, one of the women considered on the verge of stardom. Fay Wray was chosen three years later.

Dorothy Devore Is A Member Of