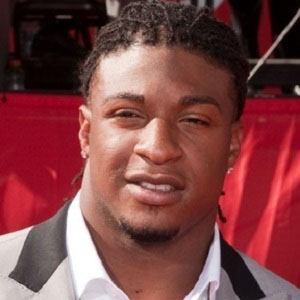 NFL free safety who signed a $41 million contract with the Tampa Bay Buccaneers in 2013.

He was selected in the 4th round of the 2007 NFL Draft by the San Francisco 49ers after playing at the University of Washington.

He was an All-Pro selection during his 2012 season with the San Francisco 49ers.

He has a brother named Huey. He has a daughter named Charly with his long-time girlfriend Ashley North.

Dashon Goldson Is A Member Of