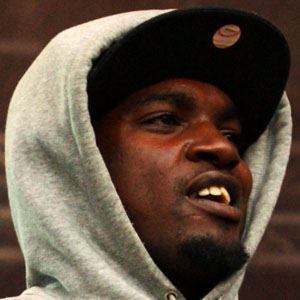 Known for his hit 2012 single, "Overload," this British rapper released his first album, Voices in My Head, in 2013. His second album, Interview, debuted in July of 2014.

He started rapping when he was just seven years old and released his first two mixtapes, This Is The Beginning and R.I.P. Young Dot, when he was nineteen and twenty, respectively.

He was influenced by such musicians and bands as Bob Marley, Jamiroquai, and Timbaland.

Born Joseph Ellis-Stevenson, he grew up in the Stockwell district of south London, England.

Dot Rotten Is A Member Of