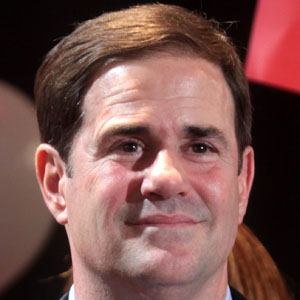 Republican politician who was elected as Governor of Arizona in November 2014. He was previously the CEO of Cold Stone Creamery until 2007.

He attended Arizona State University while working for an Anheuser-Busch distributor.

He received the 2002 Spirit of Enterprise Award from the Center for the Advancement of Small Business while serving as the CEO of Cold Stone Creamery.

He married a woman named Angela, with whom he has sons named Sam, Joe and Jack.

He was endorsed by Senator Ted Cruz during his 2014 gubernatorial campaign.

Doug Ducey Is A Member Of