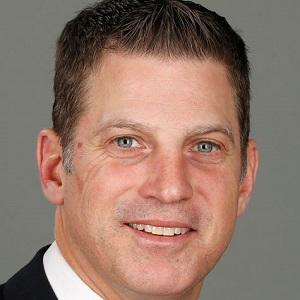 College football coach who has served as the offensive coordinator and quarterbacks coach of teams like the Washington Huskies and Michigan Wolverines. He is a former NFL quarterback who played for the New Orleans Saints and Indianapolis Colts during his five-year career.

He played quarterback for the Lakeridge High School Pacers and later attended the University of Idaho.

He won the Walter Payton Award as the best player in Division I-AA football in 1993.

He got married to Christi Hebert.

He worked under head coach Brady Hoke at the University of Michigan.

Doug Nussmeier Is A Member Of