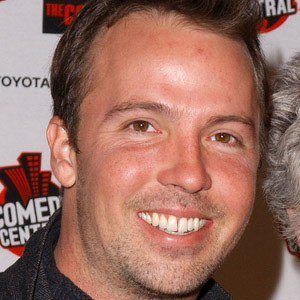 Comedian who was the co-host of The Man Show with Joe Rogan. His special, Beer Hall Putsch, was released exclusively to Netflix in 2013.

He won a San Francisco comedy competition in 1995 where he competed against Dane Cook.

He performed on the comedy special Before Turning the Gun on Himself in 2012.

He married Renee Morrison in 2003.

He guest starred on an episode of Louie with Louis C.K. as an old friend who wanted to kill himself.

Doug Stanhope Is A Member Of