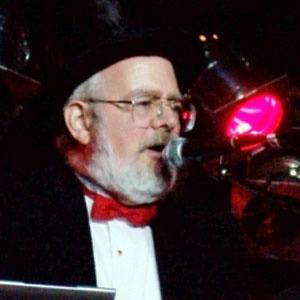 Legendary radio broadcaster and record collector known for his comedic abilities and for playing novelty songs and strange and unusual recordings. He created the Dr. Demento persona in 1970 after a fellow DJ at the Los Angeles station KPPC-FM called him "demented".

He worked as the Program Director of KRRC in 1960 after attending Reed College. He later received a master's degree in ethnomusicology and folklore from UCLA.

He has been honored with a spot in the Comedy Music Hall of Fame and the National Radio Hall of Fame.

He married his girlfriend Sue Hansen in 1983.

He was a fundamental part of Weird Al Yankovic's popularity and helped discover him.

Dr. Demento Is A Member Of