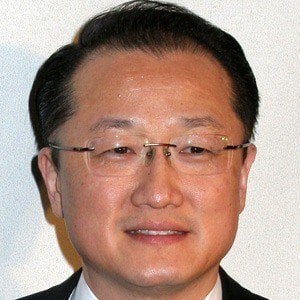 Former anthropologist and physician who was elected by Barack Obama to be president of the World Bank. He was previously the seventeenth president of Dartmouth college from 2009 to 2012.

He attended Brown and Harvard University, where he studied social sciences.

He was the first Asian-American president of an Ivy League institution.

Has two children with his wife Younsook Lim, who is a pediatrician.

He was nominated by Barack Obama to replace Robert Zoellick of the World Bank.

Jim Yong Kim Is A Member Of