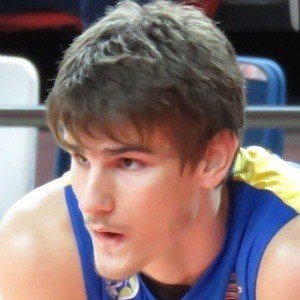 7-foot forward/center who is known for his agility and all around versatility. He spent two years with Israel's Maccabi Tel-Aviv before being selected 4th overall in the 2016 NBA Draft by the Phoenix Suns.

He gained the attention of a number of scouts both American and European at FIBA's U18 European Championship in 2014.

He was named MVP of the Basketball Without Borders Global Camp in 2015.

He was born in Capljina, Bosnia and Herzegovina.

He and Croatian forward Dario Saric both made names for themselves at FIBA's U18 European Championships.

Dragan Bender Is A Member Of