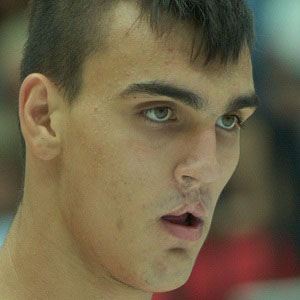 6'10" power forward who was named FIBA European Young Player of the Year in 2013 and Adriatic League MVP in 2014. He was selected 12th overall in the 2014 NBA Draft by the Orlando Magic and his rights were directly traded to the Philadelphia 76ers in exchange for fellow draftee Elfrid Payton.

He started playing professionally in Croatia in 2009 for Zrinjevac in 2009. In 2011, he helped lead Zagreb to a championship.

He was the second player to record a triple double in the FIBA Europe Under-16 Championship game after Ricky Rubio did it in 2006.

Dario Saric Is A Member Of