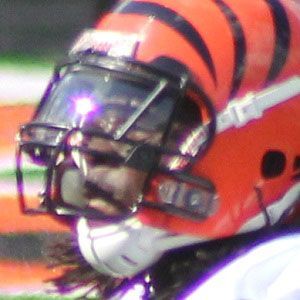 Lengthy cornerback who was the 17th overall pick in the 2012 NFL draft. He picked off three passes in his first two seasons as a Cincinnati Bengal.

He was named to USA Today's list of High School All-Americans during his senior season at Gadsen City High School.

He was a two-time BCS National Champion and a two-time Second-team All-SEC selection during his career at the University of Alabama.

His parents are Charles and Kim Kirkpatrick. He has a sister named Chantae.

He ran back a Joe Flacco pass to score a touchdown for the Bengals on December 29, 2013.

Dre Kirkpatrick Is A Member Of