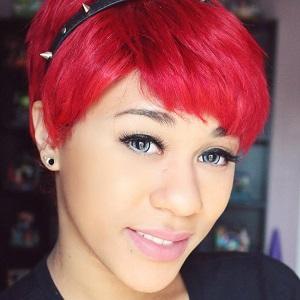 Popular YouTuber and self-proclaimed "lover of all things cute and creepy." She is most popular for her hair videos, although she also posts popular haul videos. Her top two most viewed uploads are "My Full Hair Routine (From Scratch)," and "Shaving All My Hair Off!"

She first joined YouTube in 2009 with plans to create sketch comedy videos with friends.

She has several tattoos, including a custom sleeve tattoo she designed herself.

She has a half-sister named Mia who has appeared in videos with her. She began dating Alex Swinehart in 2010.

She created a video called "Turning My Boyfriend into Jeffree Star."

Drew Disaster Is A Member Of