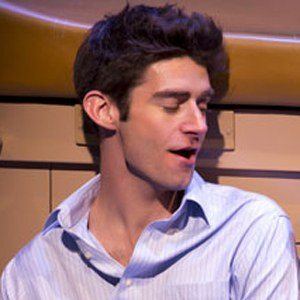 Musical theatre actor known best for bringing to life Dr. Pomatter in the Broadway adaptation of Waitress. He also originated Warren Smith in the revival of the Broadway musical On a Clear Day You Can See Forever.

After studying at Carnegie Mellon University, he would later make his Broadway debut in Jersey Boys in 2009.

He has dabbled in screen acting, appearing in episodes of 30 Rock, Smash, and Elementary.

He has a daughter with actress Sara Jean Ford.

Both he and Jessie Mueller are original cast members in the Broadway adaptation of 2007's Waitress.

Drew Gehling Is A Member Of