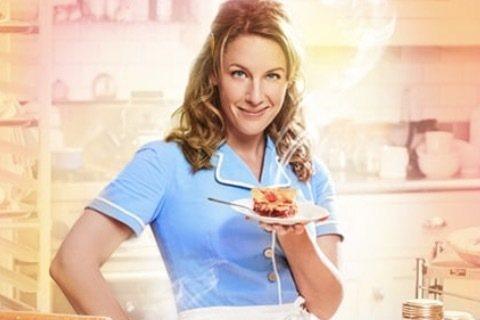 Based on the 2007 film of the same name, the musical tells the story of a waitress in an abusive relationship. She becomes pregnant unexpectedly, and begins an affair with her gynecologist. She then finds a way out by entering a pie contest that offers a life-changing grand prize.

The original production of the musical premiered at the American Repertory Theater in Cambridge. Christopher Fitzgerald won a 2016 Drama Desk Award and 2016 Outer Critics Circle Award for Outstanding Featured Actor in a Musical.