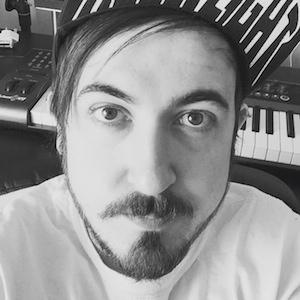 Makes up one third of the comedy upstart group known as The Midnight Beast. The group's claim to fame was a YouTube cover-parody video of the Kesha single "TiK ToK."

He met Stefan Abingdon in an acting class and was the second member to join The Midnight Beast.

He was in a band called Icarus Burning as well as groups called Perfect People and Clik Clik.

He was born in London and grew up in Wandsworth, South-West London, England. He began dating his girlfriend Charlotte in May 2014.

He performs alongside Stefan Abingdon and Ashley Horne in The Midnight Beast.

Dru Wakely Is A Member Of