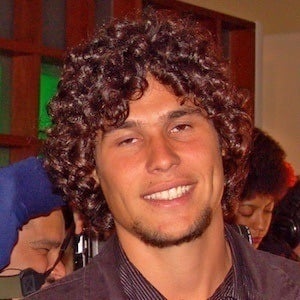 Film and television star most well known for his role as Roberto Moreira in the television series Cat's Cradle. He has also played prominent roles in Três Irmãs, Two Faces, Pé na Jaca, and Like a Wave.

His acting career kicked off in 1994 when he won the role of Danton in the series Teen's Confessions.

Outside of his acting career, he is a drummer for the band Redtrip.

He was raised as one in a family of four in Rio de Janeiro. He married Fernanda Mader in 2016.

Paolla Oliveira starred alongside him in the drama Cat's Cradle.

Dudu Azevedo Is A Member Of