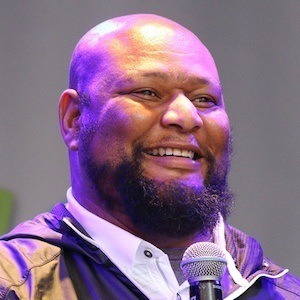 Former running back for the New Orleans Saints who was a 2-time Pro Bowl selection.

In a trick play in his rookie season he threw a touchdown pass against the Atlanta Falcons.

He grew up in Ludlow, Mississippi.

He was the reserve starter, behind Reggie Bush, on the Saints' Super Bowl XLIV team.

Deuce McAllister Is A Member Of