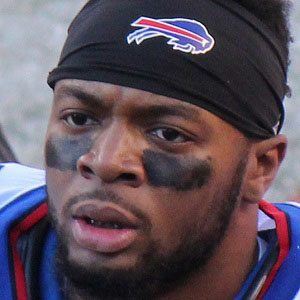 NFL safety who played sparingly during his rookie season with the Buffalo Bills after being the team's 2013 fourth round draft pick.

He was named the Northern Nevada Player of the Year while playing quarterback, safety and also running track at Hugh High School.

He had a personal best 106 tackles during his senior season at the University of Nevada. He was a Second-team All-Mountain West selection that year.

He was raised by a single mother in Reno, Nevada.

He and former Nevada teammate Dontay Moch were both selected in the 2013 NFL draft.

Duke Williams Is A Member Of