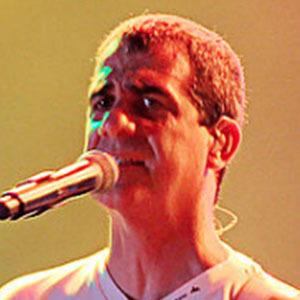 Brazilian singer and guitarist who is best recognized for having been a member of the group Asa de Águia. He is also known for having worked as a designer and sculptor.

He originally studied to become an architect at the Federal University of Bahia. He started gaining attention after performing at Salvador's Carnival in 1994.

He is also known for having been a professional SwaSthya Yoga practitioner since 2004.

He married his wife Thiara and together they have two children named Luma and Luca Bob.

He shared a photo with journalist and television host Fatima Bernardes through his Instagram in November 2019.