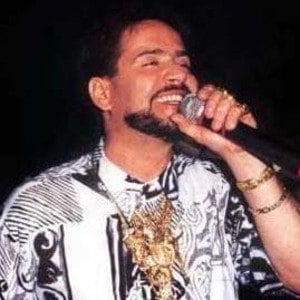 He helped blaze the trail that artists such as Lalo Rodrgiuez, Eddie Santiago, and Tito Rojas would follow.

He was survived by his brothers Viti and Nelson Ruiz, and his wife.

He and Marc Anthony are both famous salsa singers.

Frankie Ruiz Is A Member Of