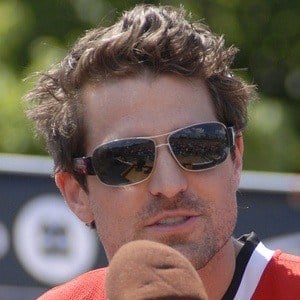 He played for the Thunder Bay flyers and University of Vermont Catamounts before being drafted by the Philadelphia Flyers in 2001.

He led all players in goals during the 2013 playoffs with 10. He played in his first NHL All-Star game in 2011 and was honored with the game's MVP award after tallying a goal and two assists.

He married Abby Sharp on July 2010. The couple has a pair of daughters named Madelyn and Sadie.

Jonathan Toews became his teammate on the Blackhawks in 2007.

Patrick Sharp Is A Member Of