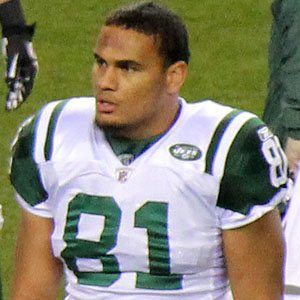 NFL tight end who was a first round pick of the New York Jets in 2008.

He played college football while studying at Purdue University prior to turning professional.

He signed with the Miami Dolphins in 2013 after playing his first 5 NFL seasons with the Jets.

He was born in Lafayette, Indiana.

He was a favorite target of quarterback Mark Sanchez on the Jets.

Dustin Keller Is A Member Of