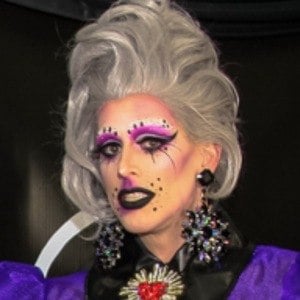 Reality television star and Instagram personality who is known for appearing on season ten of the popular series RuPaul's Drag Race. He is known for sharing a variety of modeling shots along with performances of his drag routine with his over 280,000 Instagram followers.

In addition to his Instagram, he also runs a YouTube channel which features longer versions of his routines and performances. He shares his videos with his over 5,000 subscribers.

He was born in Louisville, Kentucky but later moved to New York to pursue a career in acting. He is engaged to his longterm partner Marc Singer.

He can often be seen with fellow contestants on the series such as Alexis Michelle, Bob The Drag Queen, and Miz Cracker.

Dusty Ray Bottoms Is A Member Of